Nunes' recent publications emerge from her work as a Research Fellow on the Modernist Archives Publishing Project. 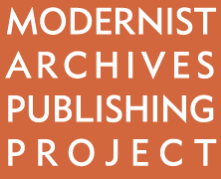 As a Research Fellow for the Modernist Archives Publishing Project (MAPP), a Stanford University digital project that brings together archival materials pertaining to modernist-era literary publishing culture, Nunes liaises with the Harry Ransom Center (HRC) at the University of Texas at Austin to identify archival materials on South Asian writers in Britain for inclusion in MAPP.  As a result of her archival research at the HRC, Nunes recently published two essays examining histories of South Asian anglophone writers during the 1920s, 30s, and 40s. 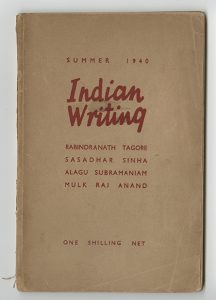 Cover of the 1940 issue of Indian Writing, a London-based journal of South Asian writing in English

“‘A Cracked Sheet-Glass Mirror’: Conditions of Collaboration at the 1945 P.E.N. All-India Writers’ Conference” (Literature & History,  48:1, 2019) examines how P.E.N., an organization born in imperial Britain, endeavored in some cases and floundered in others to create conditions for collaboration between Indian and British writers.  The article analyzes communication among and between Indian and British writers in P.E.N.’s orbit during the World War II era and leading up to the Indian Independence Act of 1947. As a forum for collaboration among writers internationally not only to develop writing and editing projects together, but also to forge a unifying conception for the modern era of the relationship between literature and political freedom, P.E.N. aimed to create opportunities for exchange among Indian and British writers.  But mutuality was compromised under political conditions of imperialism hinging on hierarchal notions of culture. 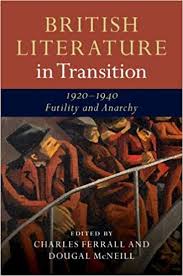 In “Bloomsbury Conversations That Didn’t Happen: Indian Writing Between British Modernism and Anti-Colonialism,” co-authored with Snehal Shingavi in British Literature in Transition, 1920-1940 (eds. Charles Ferrall and Dougal McNeill, Cambridge University Press, 2018), Nunes and Shingavi argue that Indian authors in the 1930s were pushed, doubly, out of an association with modernist experimentation and into what was branded and recognized as realism.  By drawing attention to three factors—the interactions between publishers and Indian authors; the racism of Bloomsbury modernists; and the growing association between anti-imperialism and realist aesthetics—and analyzing archival and autobiographical sources, the authors posit that British publishers decidedly sought out “realist” accounts of Indian life from Indian writers.