Reflections on Being a DSS Student Assistant by Jordie Werner ’20 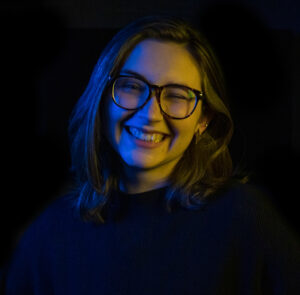 In my Sophomore year, I discovered the Documentary Storymaking minor. As a Film & Media Studies and Government & Law double major, the documentary courses offered a perfect blend of two practices. It was as a Documentary student that I came to understand the meaning of film research, and it was here that I was introduced to the LVEHC.

The Lehigh Valley Engaged Humanities Consortium (LVEHC) visits Documentary Storymaking classes and regularly invites students, like me, to share their work with the archive. Little did I know that a year later I would be able to work with the archive as a member of the Digital Scholarship Services team. I originally found interest in Digital Scholarship Services after completing work on my Film & Media Studies Capstone project. I hoped to apply the technical skills I had gained through my studies to serve other students in bettering their knowledge of the tools that so greatly helped me.

When I first joined the team, I worked with oral history transcriptions for the Black Bethlehem project (coming soon to the LVEHC digital archive). I audited a handful of interviews for any necessary corrections and later reconciled the corrected transcriptions with the text reviewed by interviewees. As a longtime resident in Bethlehem, I was ecstatic to listen to these stories, hearing the names of places that were so familiar to me.

My interaction with local history has since transitioned to a new project. As a FAMS student, Charlotte Nunes and Nora Egloff asked if I would be interested in working on video captioning for a series detailing the history of the Allentown Band. Although I was not entirely familiar with the complete process of captioning, I was glad to offer my help and participate in a project that would also allow me to hone my video based skills.

For the past few weeks I’ve been working with the transcriptions and videos from the Allentown Band collection. I began with transferring the interview transcriptions into a workable spreadsheet and then timestamping the dialogue of the video. Then, I sent the spreadsheet along to Nora in order to create the WebVTT files that will later be uploaded into Vimeo.

Just as I found in listening to the stories of the Black Bethlehem project, working with the oral histories from the Allentown Band has been such an interesting experience. Growing up in Bethlehem, playing in the band was a great part of my experience in public school. Each new interview provided a new perspective on the culture of music in the Lehigh Valley, and a history that I never knew before.

Joining the DSS team has offered me a new perspective on my own experience as a longtime resident of the Lehigh Valley. I am grateful for the opportunity to apply the technical skills which I have learned in my studies at Lafayette College to help preserve the history of my hometown so that it can be known by future students to come.