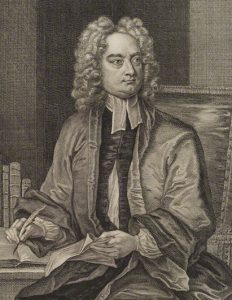 Project description
The Swift Poems Project is editing the verse of the Irish writer Jonathan Swift (1667-1745). To make it easy to visualize a poem’s transmission through its multiple versions, the Project has built a digital archive of some 8000 eighteenth-century printed and manuscript texts of these poems. These digital transcripts were prepared by over 40 student assistants from Lafayette College, the University of Missouri, Marquette University, and Louisiana State University. DSS automated the conversion of the transcripts to TEI format. The next steps are to make them freely available on the web and to allow users to compare the versions of a poem online. To meet these goals, the Swift Poems Project now seeks additional collaborators; contact James Woolley (woolleyj@lafayette.edu) or Stephen Karian (karians@missouri.edu) for more information. The co-editors have received numerous fellowships and grants, and in 2012, the Project was awarded a three-year NEH editions grant.  Explore the codebase for the digital archive and collation engine on GitHub.